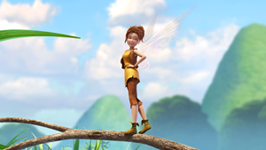 Disneytoon Studios’ new adventure “The Pirate Fairy” features Zarina, a smart and ambitious dust-keeper fairy whose wild ideas get her into trouble. And according to filmmakers, a 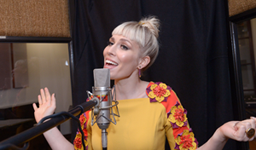 fairy with such an outgoing personality called for a very special musical accompaniment. “We are lucky enough to have award-winning Natasha Bedingfield serve as the inner voice of Zarina through her songs,” says Peggy Holmes, director of “The Pirate Fairy.” “Zarina is a little offbeat and contemporary and these songs showcase her personality so well. We used one of Natasha’s  songs, ‘Weightless,’ as a temp track and fell in love with it—so much so, we decided to use it in the final film. We felt Natasha’s voice so perfectly spoke to Zarina’s character, we asked her to also perform our original song ‘Who I Am,’ which was written for ‘The Pirate Fairy.’”

Says Bedingfield, “Being part of ‘The Pirate Fairy’ was fantastic, I like pirates and I really love fairies, so I could think of nothing better than working on a song for the movie that brings these things together. It really has everything I love in it.”

“Who I Am” (written by Adam Watts and Andy Dodd and produced by Watts, Dodd and Bedingfield)

From the world of “Peter Pan” comes “The Pirate Fairy,” a swashbuckling new adventure about Zarina (voice of Christina Hendricks), a smart and ambitious dust-keeper fairy who’s captivated by Blue Pixie Dust and its endless possibilities. When Zarina’s wild ideas get her into trouble, she flees Pixie Hollow and joins forces with the scheming pirates of Skull Rock, who make her captain of their ship. Tinker Bell (voice of Mae Whitman) and her friends must embark on an epic adventure to find Zarina, and together they go sword-to-sword with the band of pirates led by a cabin boy named James (voice of Tom Hiddleston), who’ll soon be known as Captain Hook himself. With laughter, heart, magic and thrills, “The Pirate Fairy” sets sail April 1, 2014.

Connect with Disney Fairies and TinkerBell! 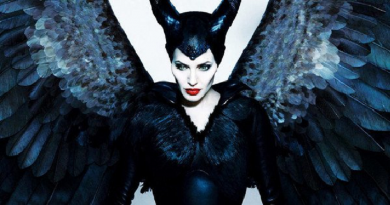 DISNEY’S MALEFICENT RELEASES IN THEATERS EVERYWHERE ON MAY 30, 2014!